Why does anyone try to measure God against themselves?

I heard this example from my spiritual master Sri Sankarshan Das Adhikari several times. Once upon a time, Dr. Frog lived in a well. He was the authority on the well. He knew all its inhabitants, he knew the varying water levels. Dr. Frog was born in the well, and knew that of course, his well was the greatest water body in the world.

One day, a little visitor came to his well, hop hop hop. This visitor had just come from the ocean’s edge. Dr. Frog welcomed his little guest, and they got talking. Dr. Frog told him all about his well. The little one said all that was fine but that he had seen a water body much bigger than the well. Dr. Frog couldn’t believe his ears. He decided to humour his little visitor.

But we little fellows, recovering atheists, are going around telling the little Dr. Frogs of the world, sir, there is a God, and God is very very great, much much greater than you, and they simply puff up their chests. We also say God is very very sweet, not an angry old man, and they think we are fools. We tell them we know what God looks like and they think we are idol worshippers.

But everyone should remember that a frog who croaks too loud attracts his own death in the form of a hungry snake.

The snake of time will devour us all, but those of us in a compact of Love with God, death is simply taking a nap and waking up in our eternal form.

Please read the books of Srila A. C. Bhaktivedanta Swami Prabhupada. Please strive to understand and follow them. Please chant Hare Krishna, serve the Krishna Consciousness Movement directly or in any of its many branches like Hinduism, Christianity, Judaism, or Islam, and continue your progessive journey home.

If I may serve you on your journey please reach out!

Does the phrase “Devout Atheist” sound strange to you? Do you know it takes a lot more faith and dogma to believe in atheism? Why do spiritualists bother with atheists? 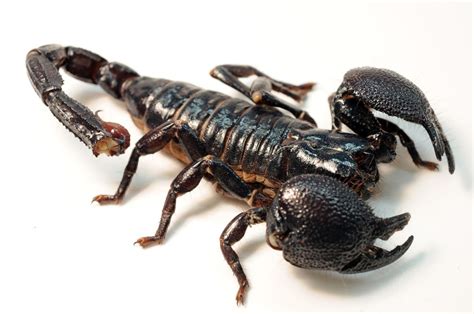 Sounds strange? Using those words together? But a good friend, Aaron Joy, wrote that to me in an email, and the phrase startled me, and yet rang true!

He described how his parents were devout atheists!

To be an atheist requires a tremendous amount of blind faith.

Here’s the dogma. Once upon a time, no, wait, before time existed, or space or anything else, there was this big explosion that came out of nothing. The explosion happened for no reason whatsoever. And out of that explosion that came out of nothingness, this beautiful ordered well-designed universe showed up. All the planets in their intricate dance, all the stars and galaxies in their beautiful symmetric beauty were accidentally created. All the species with their well-designed abilities appeared by some carefully selected but random manner. All the seasons, the mountains, the rivers, the oceans, the beautiful sunrises and sunsets, they all just are an accident.

All the poetry in the world, the beauty of relationships, everything we cherish is no more significant than random electro-chemical flickering, noise in which we accidentally see any meaning.

Indeed, to be an atheist requires so much strength of belief. Despite evidence to the contrary that nothingness does not exist, that randomness is a myth, they stubbornly cling on to their concocted imaginations. Despite not even a shred of evidence that anything can come out of nothing, they continue to believe in the fairy tale of the big bang! My spiritual master Sankarshan Das Adhikari wrote about the hoax that is the BIg Bang Theory.

Bhakti Charu Swami said it very well. Once he was in Hyderabad, India, looking for a studio to make a movie on the life of Srila Prabhupada, the greatest spiritual leader the world has seen in modern times. He was speaking to the owner of one famous film studio. When the subject of the film was discussed, the owner arrogantly boasted that he was an atheist, by way of challenge.

Bhakti Charu Swami Maharaja calmly replied – if there is a blind man who cannot see the beautiful sun, what will you do? You will pity him. Similarly, we pity the atheists that they don’t see beautiful Krishna. And Maharaja took his valuable business elsewhere.

It is one thing to feel pity for someone who cannot see the sun, but what would you feel for the fool who refuses to open his eyes and look at the sun, instead claiming that the sun does not exist? So sometimes we use strong words, we call them fools and we call them rascals, we call them idiots.

We bear no ill will towards anyone. We are just like the surgeon cuts open the body of a diseased person to heal them and an oncologist (doctor who tries to treat cancer) gives poison (chemotherapy) to heal a person suffering from cancer. We bear only compassion. We know that it may not be well-received.

Radhanath Swami Maharaja tells the story of a saintly man who once saw a scorpion drowning. He immediately put his hand in the water and fished it out. The scorpion stung him and fell back into the water. He picked the scorpion up again, and got stung again. This happened several times before the scorpion was on dry land.

When asked about this, the saintly soul replied, “it is the scorpion’s nature to sting, and mine to serve”. So, we are simply trying to serve the poor deluded atheists.

I was once an atheist myself. I was saved by my all these spiritualists, and I even stung many who were trying to save me. But I am saved now, in spiritual consciousness, Krishna consciousness. If I can be saved, anyone can be saved.

Life after life, I pray to pay it forward and reconnect the lost souls to Sri Krishna, the loving, anxious Father, who ever beckons. What’s a few little stings in return for the privilege of taking one soul back home to Godhead?

In the material realm, souls are here for various reasons. Some souls are here because they are atheists, competing against God, trying to kill God, trying to be God, or merge with God, or even dissolve into nothingness themselves. Some others, the spiritual guides, genuine gurus, great liberated teachers, are here to rescue those atheists from their own foolishness. And yet some others are in between, the recovering atheists. I am a recovering atheist myself. I know well that I am not God, will never be God.

I invite you to join me on a spiritual journey.

“The holy name of Lord Kṛṣṇa descends into the darkness of the material world just to benedict the conditioned souls. The holy name of Lord Kṛṣṇa is just like the sun that rises in the clear sky of the heart of the devotees.” Such brilliant knowledge cannot be understood by those who are trying, in the name of either piety or atheism, to exploit the material creation of the Lord. One must become a pure devotee of Lord Kṛṣṇa, and then his knowledge will illuminate everything in all directions: kasmin nu bhagavo vijñāte sarvam idaṁ vijñātaṁ bhavatīti (Muṇḍaka Upaniṣad 1.3). – from purport to SB 11.7.51